Birdwatching on the Fraser CoastMore Info 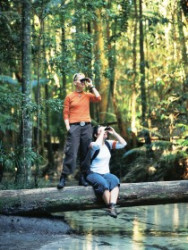 Hervey Bay and its environs offer abundant and diverse birdwatching opportunities with over 250 species identified.

Explore 'Roy Rufus' in Hervey Bay, the largest artificial reef in the southern hemisphere created through the sinking of old ships, concrete blocks and car bodies since 1968. Located off the coast between Hervey Bay & Fraser Island, the reef is home to masses of fish such as gropers, coral trout, kingfish and scorpionfish that congregate amongst the wreckage. Other marine life observed on the reef include, wobbegongs, sea snakes, turtles and the occasional dugong. 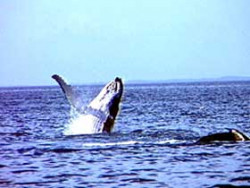 From mid July to early November, Hervey Bay has become famous as the playground of the majestic humpback whales on their return to the Antarctic.